I love Letterpress. It's all the things I love about relief printing, plus it's easy, bigger edition sizes are more attainable, and everything is so much more consistent than it would be if I were inking by hand. I hope that I can own a really nice proofing press someday. If only they were still made.
So, at the end of the summer, right as school was starting up, I did a workshop with the University of Utah's Book Arts program called Comic Relief: Alternative Letterpress Forms. It was delightful. We all made zines, then traded them among ourselves at the end. This was what I made. 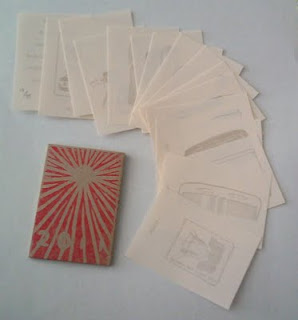 It's called "Things Used (Summer 2011)." It's a pack of cards rather than a more traditional book, and each card has an object that I used a lot over the summer. Included objects are a stamp, my comb, my laptop, my cell phone, my pillow, pencil and pens, toothbrush, plastic fork, shoes, glasses, bags, pants, keys, underwear, and my debit card. The process we used, using scratch film, allowed for a ton of detail, which was nice. (Sadly, now that I'm at the school, I don't have access to a good camera to photograph this detail. The light grey I printed with doesn't show well with cell phone pictures.) It was printed in an edition of 35, which is definitely a record for me.
I'm taking a letterpress class now, and already enjoying it. The University of Utah is a good place to be for that. Now, if you'll excuse me, I've got to go proof some type. 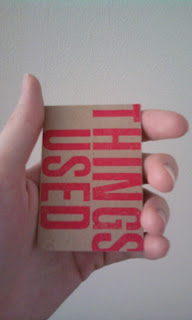 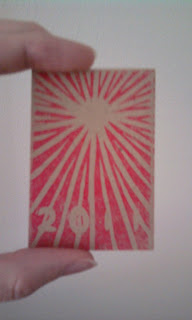 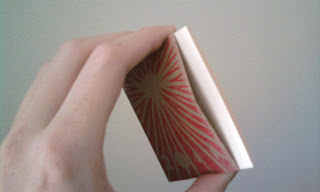 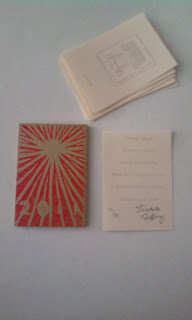